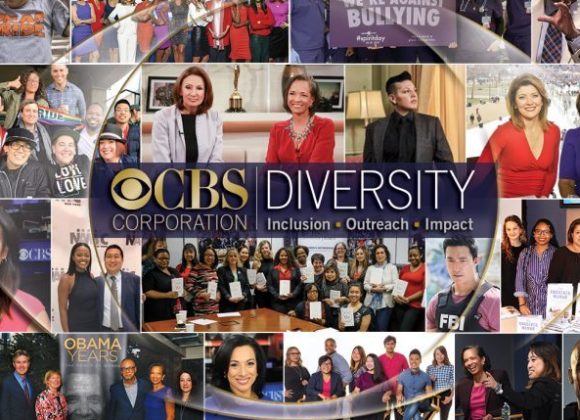 Making an Impact: In its fourteen years, a total of 105 emerging diverse writers have graduated from the CBS Writers Mentoring Program. 61 careers have been launched. The goal of the program is to positively impact the presence of diverse writers throughout the industry.

There are many different paths writers can follow to get their first foothold in being hired in television. As part of its ongoing commitment to create additional access for writers of diverse backgrounds CBS’ Diversity Institute has launched a different kind of writers program which highlights one of those paths. The focus of this eight month program is on opening doors: providing opportunities to build relationships with network executives and show runners; to support new and emerging writers in their efforts to improve their craft; and to develop the interpersonal skills necessary to break in and succeed. The Writers Mentoring Program is not employment and there is no monetary compensation. It is, instead, a structured program of career development, support, and personal access to executives and the decision-making processes, with the goal of preparing aspiring writers for later employment opportunities in television. Each participant will be teamed with an executive mentor.

Once a week, participants will be invited to attend a small workshop-style meeting with various CBS show runners and other industry professionals. Speakers include executive producers, agents, managers, development and current executives and show runners. The purpose of these gatherings is for participants to gain a better understanding of how the business works from many different perspectives as well as creating the opportunity to make critical networking connections. Another important part of the Program is the opportunity for each participant to spend time observing in a writing room, as well as in the CBS current and development departments. Each participant will have help in creating a rigorous career action plan and there will be on-going support in evaluating and achieving those goals. Another important benefit of the Program is the development of a close-knit peer support group that will sustain participants through the program and beyond. The CBS Writers Mentoring Program helps aspiring writers to understand the unwritten rules of breaking in and moving up. It is a combination of mentoring and networking opportunities. Program opportunities such as mentoring, workshops, and observing can be scheduled around participants’ existing work commitments. In order for a participant to get the most out of the Program a meaningful commitment of time and effort are required. It’s been found that in order to derive the greatest benefit from the Program, participants should be available to 1) attend a once a week (evening) workshop and 2) attend meetings or observe in various situations for a minimum of five full days (not necessarily in sequence) over the course of the eight-month Program.

The primary focus of The CBS Diversity Institute’s Writers Mentoring Program is to provide access and opportunities for talented and motivated diverse writers. Aspiring diverse writers with a strong desire to write for CBS television series are encouraged to apply. You must be 21 or older to be eligible.   All completed application materials must be received between March 1, 2018 and May 1, 2018. Any submissions received before March 1st or after May 1st, 2018 will not be considered. No hand delivered submissions will be accepted. Finalists will be notified in mid September 2018 (or such later date as may be determined by CBS). The Program is scheduled to begin in October, 2018 and continues through April 1, 2019. CBS reserves the right to make adjustments to Program schedule.

Each submission must be complete in order to be considered. A complete application packet includes:

Contact information must include an e-mail address for further communication from CBS. Applications cannot be processed until they are complete. Writing samples will not be returned.

We use cookies on our website to give you the most relevant experience by remembering your preferences and repeat visits. By clicking “Accept”, you consent to the use of ALL the cookies.
Do not sell my personal information.
Cookie settingsACCEPT
Manage consent

This website uses cookies to improve your experience while you navigate through the website. Out of these, the cookies that are categorized as necessary are stored on your browser as they are essential for the working of basic functionalities of the website. We also use third-party cookies that help us analyze and understand how you use this website. These cookies will be stored in your browser only with your consent. You also have the option to opt-out of these cookies. But opting out of some of these cookies may affect your browsing experience.
Necessary Always Enabled
Necessary cookies are absolutely essential for the website to function properly. This category only includes cookies that ensures basic functionalities and security features of the website. These cookies do not store any personal information.
Non-necessary
Any cookies that may not be particularly necessary for the website to function and is used specifically to collect user personal data via analytics, ads, other embedded contents are termed as non-necessary cookies. It is mandatory to procure user consent prior to running these cookies on your website.
SAVE & ACCEPT
https://www.linkedin.com/company/the-bella-network/