We are so excited to learn that Nike has appointed Tamika Curry Smith as its new VP of Diversity and Inclusion. The official announcement sent via email:

Tamika brings a breadth of experience to this role. Over the course of her career, she has worked with global companies, nonprofits, academia and the public sector; she designed and implemented D&I strategies to increase awareness and communication, improve representation and retention, and drive accountability. She has also held senior leadership positions with Target Corporation as Director of Diversity, and Deloitte Consulting as Americas Director of Diversity Programs. Tamika holds a BBA in Accounting from the Ross School of Business at the University of Michigan, and an MBA in Organizational Behavior, Strategy and Marketing from the Kellogg School of Management at Northwestern University.

Tamika is an avid sports fan who especially loves cheering on her Wolverines. She enjoys working out, reading and getting as many stamps on her passport as possible. Tamika is also dedicated to giving back to the community and has served on a number of nonprofit boards focused on young people, education and D&I.

The announcement comes on the heels of the appointment of John W. Rogers, the CEO and founder of Ariel Investments L.L.C. to Nike’s board of directors. 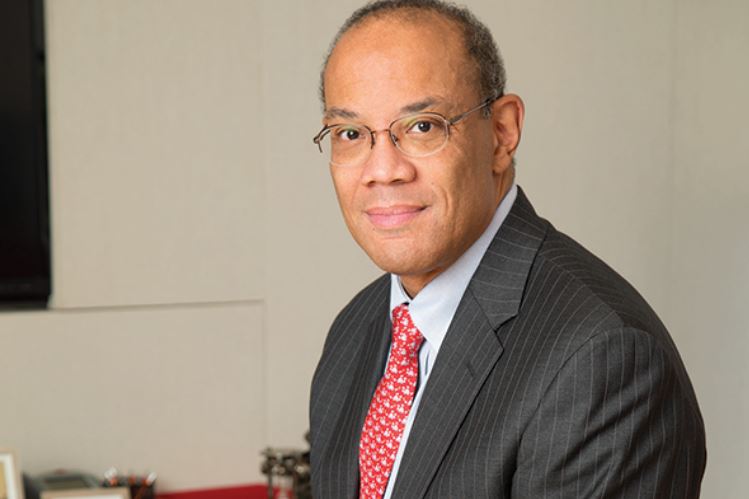 Rogers is one of the most powerful blacks in business.

John Washington Rogers Jr. (born March 31, 1958) is an investor, philanthropist and founder of Ariel Capital Management (now Ariel Investments, LLC)[1] in 1983.[2] He is chairman and CEO of the company,[3] which is the United States’ largest minority-run mutual fund firm and the first family of equity mutual funds managed by African Americans.[4] He has been a regular contributor to Forbes magazine for most of the last decade.[5] Active in the 2008 Barack Obama presidential campaign, Rogers was a leader of the 2009 Inauguration committee.

Prior to her role at Nike, Curry Smith was head of diversity and inclusion at Mercedes-Benz USA and the director of diversity at Target, according to her LinkedIn profile.

Relationships are the Core of Professional Success

We use cookies on our website to give you the most relevant experience by remembering your preferences and repeat visits. By clicking “Accept”, you consent to the use of ALL the cookies.
Cookie settingsACCEPT
Manage consent

This website uses cookies to improve your experience while you navigate through the website. Out of these, the cookies that are categorized as necessary are stored on your browser as they are essential for the working of basic functionalities of the website. We also use third-party cookies that help us analyze and understand how you use this website. These cookies will be stored in your browser only with your consent. You also have the option to opt-out of these cookies. But opting out of some of these cookies may affect your browsing experience.
Necessary Always Enabled

Any cookies that may not be particularly necessary for the website to function and is used specifically to collect user personal data via analytics, ads, other embedded contents are termed as non-necessary cookies. It is mandatory to procure user consent prior to running these cookies on your website.